A public library is the most enduring of memorials, the trustiest monument for the preservation of an event or a name or an affection; for it, and it only, is respected by wars and revolutions, and survives them.

Monument, 2015, makes formal reference to civic monument archetypes, with the twist of being modernized by color, material, and separation from a building. The lending library supports an 1894 Mark Twain quote that was written during the same time period as the construction of the Soldiers’ and Sailors’ Monument. The quote suggests that books and libraries offer a more durable monument to society and culture than does the stone edifice, and this implication strongly correlates to the free exchange of literature and ideas made possible by the Public Collection project.

I chose this site for two reasons: The area in front of Anthem is the least trafficked area on Monument Circle, so this project helps to bring foot traffic to it. Additionally, the view of the project from the top of the Soldiers’ and Sailors’ Monument connects the project visually to the Capitol building in the background; it is my optimistic belief that our democracy supports and encourages equality in the access and distribution of ideas, and the Public Collection installation fosters that access. 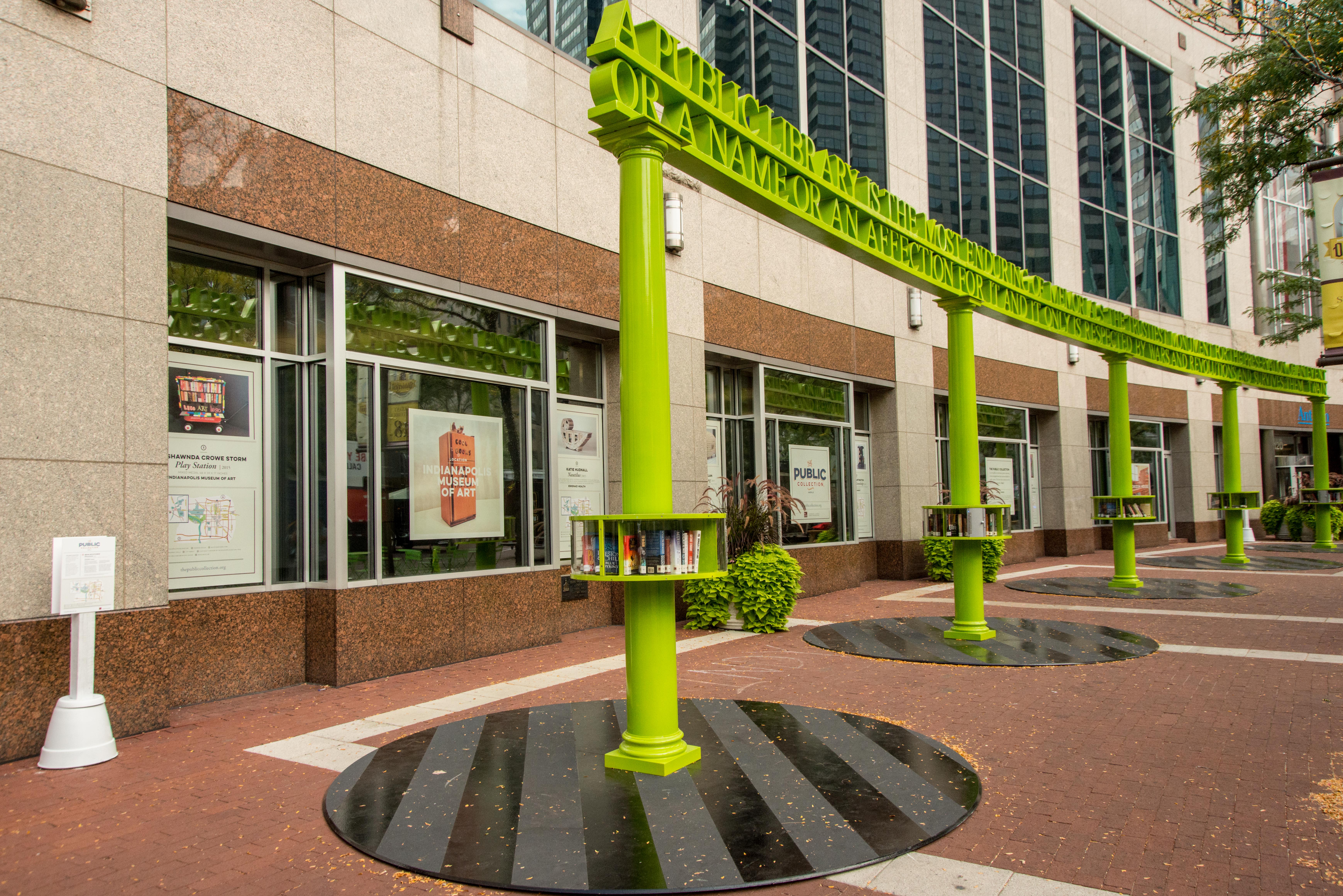 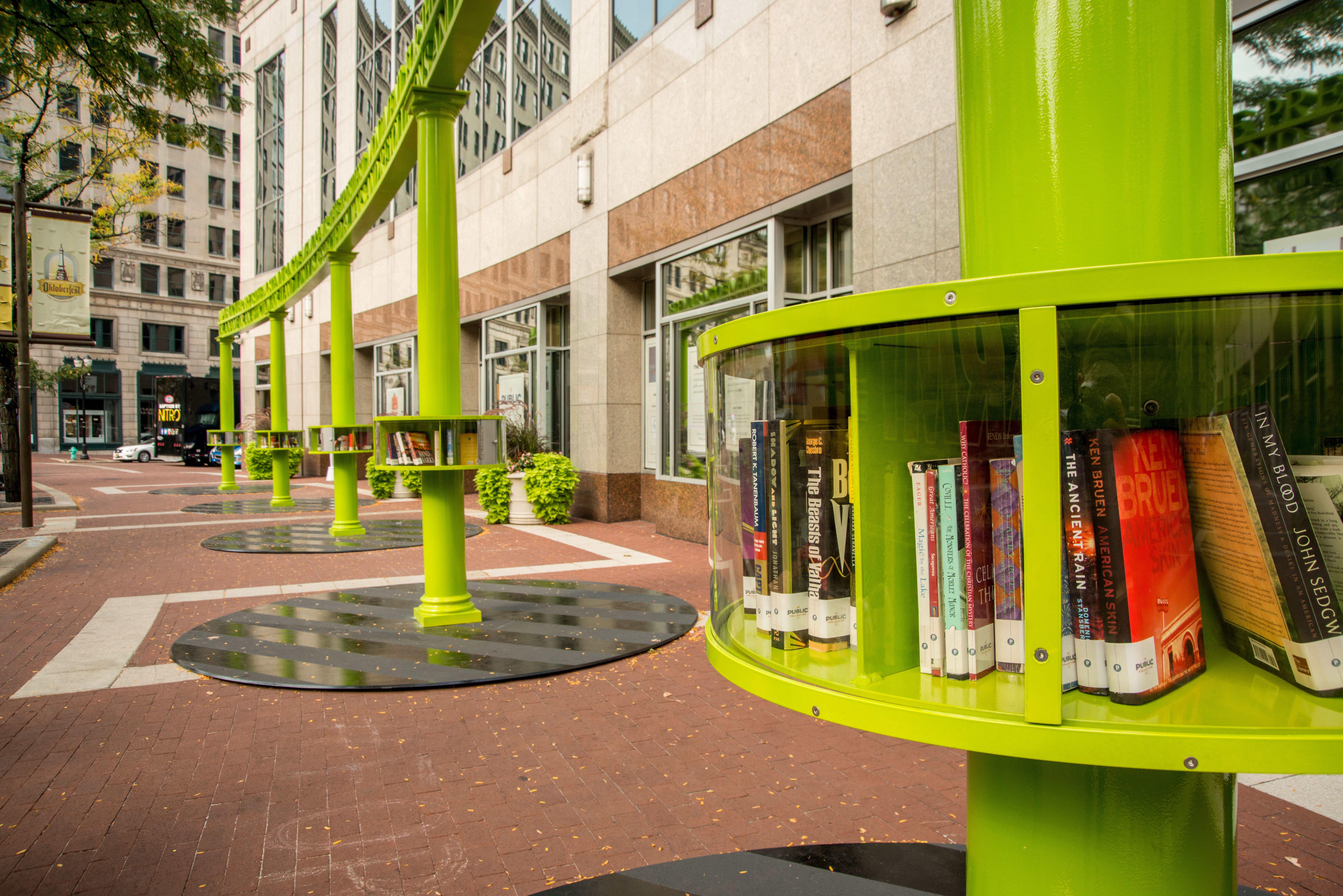 An Indianapolis-​based con­cep­tual artist, Brian McCutcheon uses video, pho­tog­ra­phy, and sculp­ture to explore the rela­tion­ships between play and mas­culin­ity. He has been the recip­i­ent of a num­ber of artist grants, awards, and res­i­den­cies, most recently a 2010-​11 Pollock-​Krasner Foun­da­tion grant and a sum­mer 2009 res­i­dency at Sculp­ture Space in Utica, New York. Over the past decade, his work has been fea­tured in a wide range of exhi­bi­tions on a national and inter­na­tional scale. McCutcheon is a co-​founder and part­ner of Indi­anapo­lis Fab­ri­ca­tions (iFab), a cus­tom fab­ri­ca­tion studio. 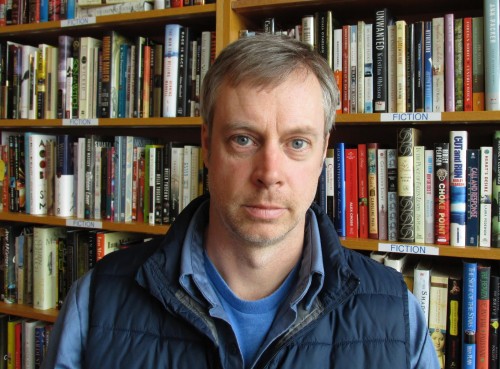 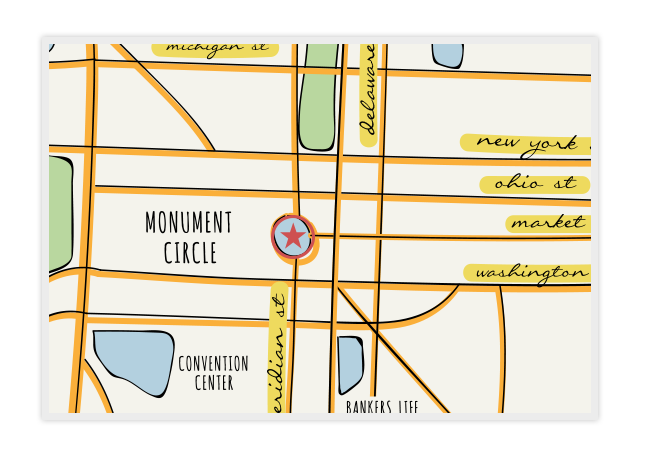